Mozart... Pop Opera... Perhaps this might remind you of something. One can only wonder if writing a musical about one of the greatest composers of all time is possible. All you have to do is see the new work of John Meldrum to be totally convinced that the answer is yes!

The Singer-Songwriter originally from Cleveland, Ohio has all the necessary genius to move ahead with such an audacious project.

He who has produced four albums has more than one talent in his bag.

He’s also composed music for soloists, choirs and musical ensembles. One must add that he is the Choir leader of the Highlites. Among his compositions, a work of music entitled “Peace Oratorio: The Life of Martin Luther King”. It’s not suprising that John Meldrum has launched into the adventure of a Pop Opera about Mozart.

He has found his inspiration in the correspondance of the Mozart family. But as that wasn’t enough, he has also imagined letters that the young Mozart might have written to freely express his feelings to the diva Anna Storace.

“The Lost Letters”tells the story of the early years of Mozart, from his birth on January 27th 1756 in Salzburg to his marriage to Constanze Weber on Auust 4th 1782 in Vienna. We discover a child prodigy of uncontested talents becoming a young man on a journey to seek his place in the world.

Following the events that marked his first 25 years, from the grand tour of Europe, his first romantic adventures, his encounter with the Weber family and the tragic death of his mother in Paris, we witness the evolution of Wolfgang Amadeus Mozart through the gamut of all of his emotions. Partly fantasy, sometimes obscene, The Lost Letters reveals the heart and the soul of a composer second to none.

John Meldrum evokes the women in Mozart’s life: his mother Marianne, his sister Nannerl, his cousin La Bäsle and Constanze. The heart of the piece is the complex relationship between the young Mozart and his father Leopold.

If we think about Mozart’s existence, it’s clear that he lived the life of a Pop star. And Pop music is very present in this opera of modern times.

The score of The Lost Letters offers simply magnificent melodies accompanied with force and brio by the pianiste Natsu Aoki.

For his compositions, John Meldrum respects the Classical style, which would not have displeased the Mozart he depicts. Yet he adds a touch of Pop Rock that make the work and its central character so modern.

The musical and vocal arrangements are one of the assets of the show. They win one over us from the very first measures.

The voices are pure,blending lyrical singing with the accents of modern music.Sebastien Brumaud has the privilege to interpret the role of Mozart and John Meldrum sings Leopold;they are surrounded by the companycomposed of members of the Highlites choir, they more than hold their own.

One can feel their pleasure in singing the songs of the show.

Sebastien Brumaud, of whom we have spoken here for his show “Twins the Musical”, plays the part of Mozart as we might imagine him. He brings his proper “folie” to this role that he seems perfect for.

I must admit, I was completely won over by his vocal prowess. He forms with John Meldrum an incredible father and son duo, for example in the song “I Will Not Be Denied”.

The Lost Letters is a dense work, but far from being boring. It is in the spirit of the great musicals worthy of the name of Broadway.

This Pop Opera is presented in the form of a staged concert. But during the entire representation that I saw, I was imagining a more theatrical version, with stage direction, choreographies, scenery, costumes and orchestra. It is truly what The Lost Letters and its incredible troupe deserve!

I had an excellent time in the company of Mozart and his entourage. So if you’d like to do the same, I would advise you to go to see the show. 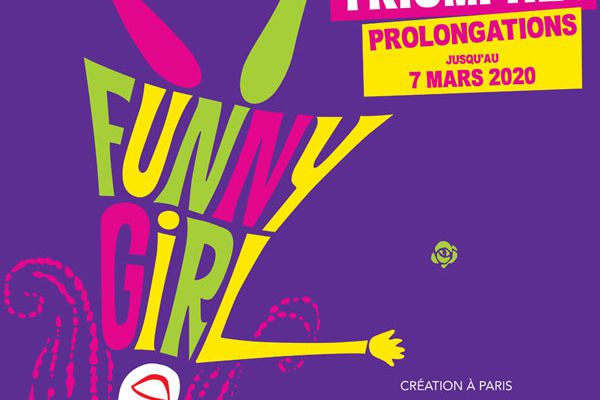